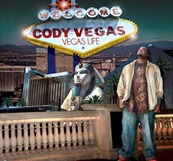 Hailing from the bottom of GA. Cody Vegas has been sending smoke signals to other cities and states. Thus, letting everyone know there is fire down here and it's only gonna get hotter. Vegas started out in the down south group Dem Boyz where he homed his skills as an artist and entrepreneur. After playing an intricate part of making the hit song "Swag Surfin" a success along with his childhood friend K.E. on the Track. Vegas began working with artist such as Yo Gotti, Gucci Mane, Kilo Ali, etc. to name a few; through K.E.'s company "Beat Mechanics" which has had platinum hits such as "Devil Is A Lie" by Rick Ross ft. Jay Z, "You The Boss" by Rick Ross, "Swag Surfin" of course and more I've not mentioned. Cody Vegas is known for his outlandish style and punch phrases that deliver a fatal blow to any listener with the accompaniment of his harmonic attributes to his lyrics. With his new tracks bringing fire to the streets like: Molly Steady and Jockey ft. Yo Gotti he is sure to make heads turn and ears attentive from here on out. Definately and artist to watch for. 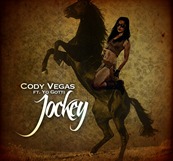